As a research source and repository for so much of America’s early transportation history, we regularly add to our files of primary source literature.  Not long ago, we acquired an early lumber and hardware catalog from Hickinbotham Brothers located in Stockton, California.   The firm was established in 1852 as the West was still booming with gold fever.  Coincidentally, it was during this same timeframe that legendary stagecoach builder, Milton Henderson, first traveled from Maine to explore the possibilities of the West for himself.  Ultimately, this first trip did not prove successful and he returned to the east to regroup and refinance.  By the late 1850’s, Mr. Henderson again traveled to California.  First working with his brother and others, within a decade or so, Henderson had joined forces with another carriage maker.  By the mid-1870’s, he had begun promoting his own shop at Stockton. 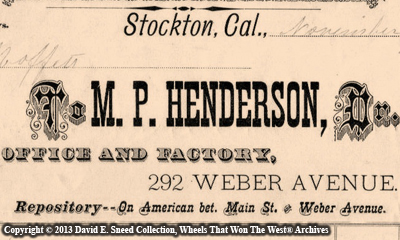 The image above is from an extremely rare 1870’s billhead from the company.  The firm advertised itself as a carriage manufactory at the time.  Their specialties included carriage and buggy work as well as construction of express and thoroughbrace wagons and stages.  Mr. Henderson also touted his firm’s proficiency in carriage painting, trimming, wood work and blacksmithing “of all kinds.”  By 1885, Milton Henderson’s son, Orrin, had joined the organization and the name was changed to M.P. Henderson & Son.  While the company built a multitude of different vehicle styles, they became well known for their stage work.  The firm survived through the first decade of the 20th century. 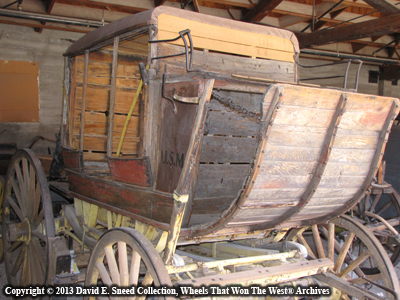 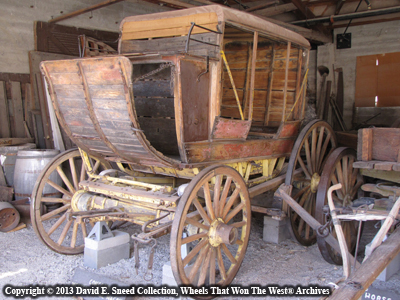 Today, M.P. Henderson vehicles and stagecoaches can be found throughout California and the West.  Among those we’ve had the opportunity to profile are coaches within the collections at the Carriage & Western Art Museum of Santa Barbara, the Parks-Janeway Carriage House at the Santa Ynez Valley Historical Museum, and also Scotty’s Castle near Death Valley. 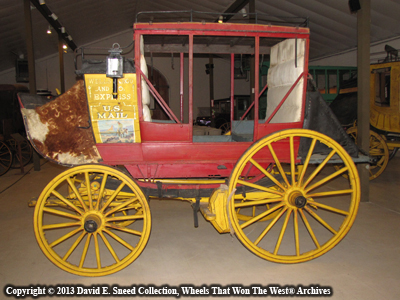 A circa 1888 photograph in our Wheels That Won The West® collection shows an M.P. Henderson light mud wagon labeled as an 8 passenger coach.  An illustration which appears to have been drawn from this photo is shown in the Fall 1993 issue of The Carriage Journal.  The accompanying description labels the coach as a No. 35 Concord.  There is some discussion as to whether the No. 35 Concord was a 5 passenger coach or whether it had an 8 passenger alternative.  The photo we’ve examined is clearly from the late 1800’s and there’s no mistaking the accompanying description, leaving us to believe the No. 35 coach had variables in passenger capacity.  It’s the kind of information we enjoy uncovering as we continue to help provide more details on America’s earliest and most legendary transportation industry. 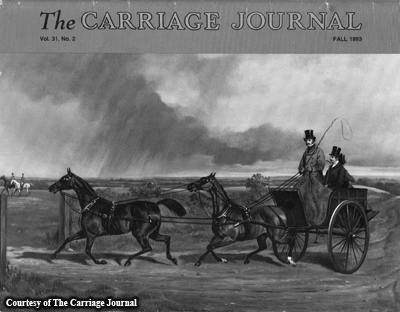 For more details on the background of the M.P. Henderson company, see Ken Wheeling’s excellent article in the Fall 1993 issue of The Carriage Journal.

Posted by David Sneed, Wheels That Won The West® Archives, LLC at 5:43 AM