With tens of thousands of early vehicle builders documented in our Wheels That Won The West® Archives, America’s early transportation industry was anything but small.  Even so, finding specific examples within the millions of vehicles they collectively created can sometimes be a challenge.  It’s a problem further complicated with questions like… Where is information on individual makers located, how did a particular manufacturer design certain features, when was a given technology first used, what are the best books to read and many more similar queries. 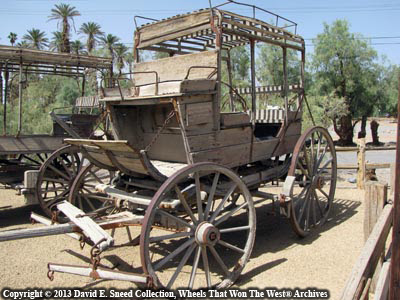 Located throughout the U.S., much of the surviving information is so scattered it requires the stealth of a detective to find it.  In hopes of lessening the conundrum of locating some of the vehicles, several years ago we added the “Destinations” section to our website.  It’s far from complete but does offer a few insights into areas with interesting sets of wheels. 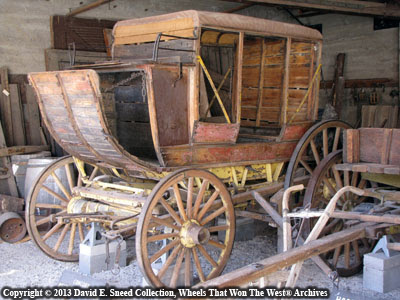 On our recent trip to southern California, we saw more than a hundred vehicles ranging from Big Wheels (giant logging carts), mud wagons and touring coaches to rack bed wagons, mountain wagons, Concord coaches, buckboards, and tall-sided freighters.  Makers of these early wheels ranged from Studebaker, Schuttler, and Weber to Winona, Bain, Abbot-Downing, M.P. Henderson, Gestring and others.  It was a lot to take in and we took away nearly 2,000 photos of original western wagons and coaches for our archives. 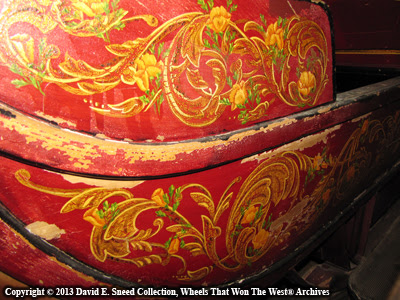 One of the first places we visited was in the heart of Los Angeles.  Centered in the financial district, the Wells Fargo History Museum is home to a very special vehicle.  Coach #599 is a 9 passenger Concord Coach built by the Abbot-Downing Company in 1895.  It was originally used on J.B. Barbee’s stage line from Columbia to Campbellsville, Kentucky.   According to the book, “Time Well Kept,” released by Wells Fargo Historical Services, this coach was later acquired by C.H. Burton for his Monticello to Burnside route – believed to be the last stagecoach line in operation in Kentucky.  As shown in the photos below, the coach – in predominantly original and exceptional condition – is on display at the Wells Fargo History Museum in Los Angeles, CA. 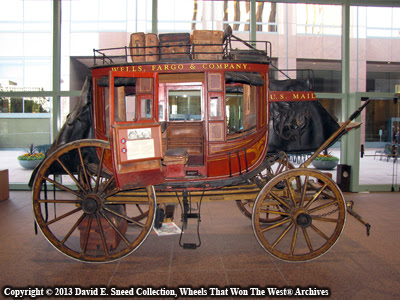 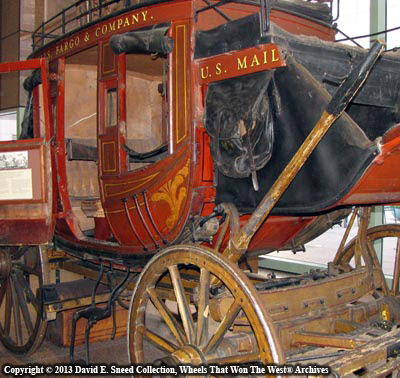 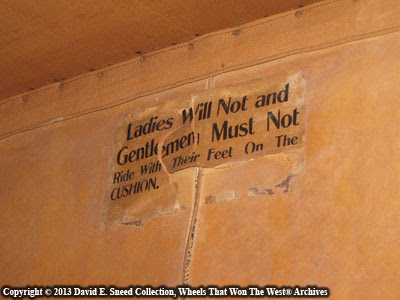 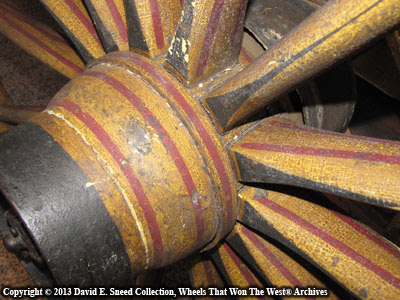 We’d like to extend a special thank you to the great folks at the Wells Fargo Museum for such great hospitality during our visit.  In the coming weeks, we’ll share additional images and information on even more of the vehicles we had the privilege of documenting.  In the meantime, if you haven’t signed up to receive notices every time we update this blog, click on the link in the right hand border and don’t forget to confirm your info.  That validates your sign-up and helps make sure you don’t miss a single posting.  Wishing you the best! 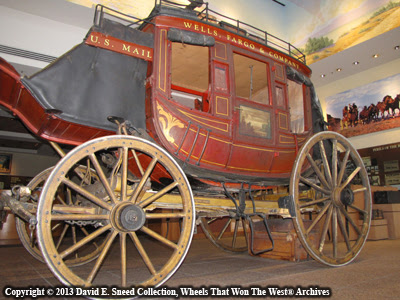 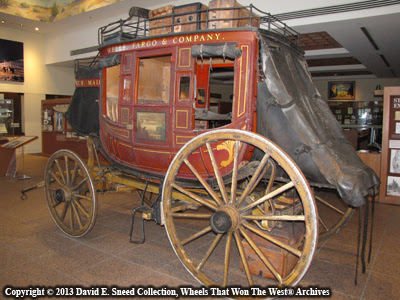 Posted by David Sneed, Wheels That Won The West® Archives, LLC at 5:22 AM